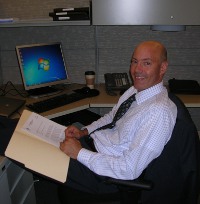 Matthew Alpern graduated with a B.A. degree from Emory University in 1985 and received his J.D. from the George Washington University National Law Center in 1989.

Matt has dedicated his legal career to providing high quality legal representation to indigent persons accused of criminal offenses. After graduating from law school, Matt joined the Public Defender Service for the District of Columbia, an agency whose national reputation for excellence stems, in part, from its commitment to training, supervision and teamwork. At PDS, Matt worked for ten years in a variety of capacities including Deputy Chief of the Trial Division and Senior Litigation Attorney. During the majority of Matt’s tenure at PDS, his caseload consisted of clients accused of high level felony offenses including homicides, sexual assaults, and other armed violent offenses.

In 2005, after the elimination of the death penalty in New York State, Matt entered private practice with The Proskin Law Firm where he represented both indigent and retained clients accused of criminal offenses. In 2007, Matt returned to full time representation of indigent clients with the Albany County Office of the Alternate Public Defender. As an Assistant Alternate Public Defender, Matt’s caseload consisted primarily of clients charged with serious felony offenses.

Since 2009, Matt has also been an adjunct professor at Albany Law School, where he teaches Pre-trial Preparation and Trial Practice for criminal cases.